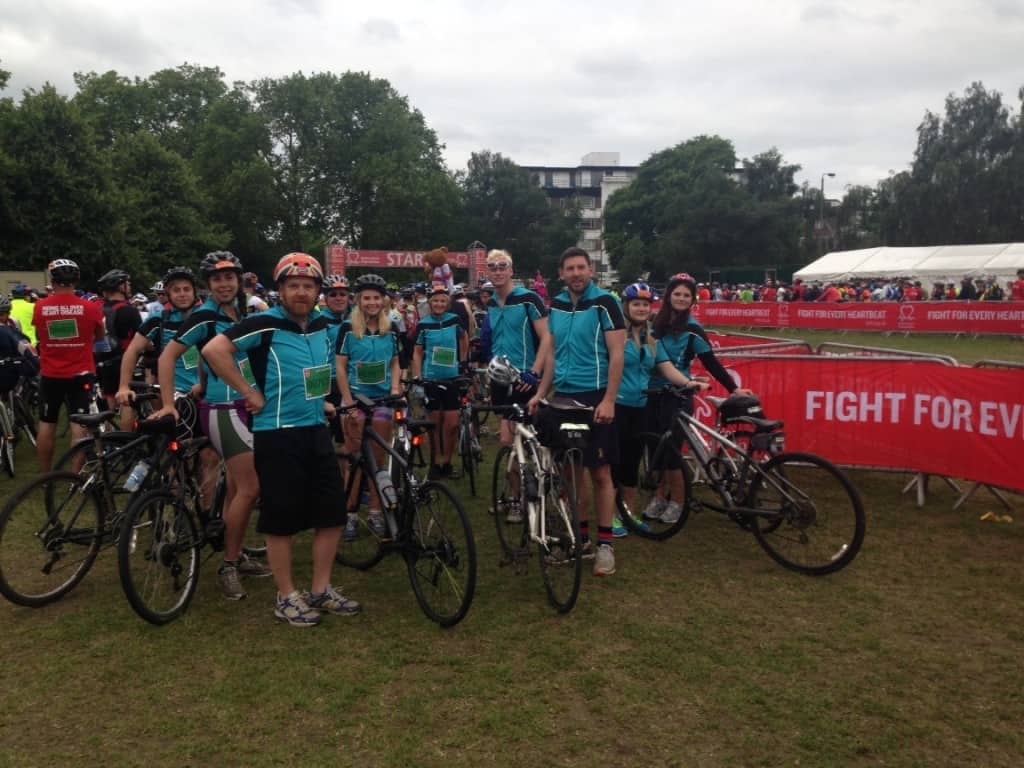 Yesterday 8 members of staff were among 28,000 cyclists who completed the 54 mile London to Brighton bike ride. The preparation amongst the ‘Woodcote Wheelers’ had been sketchy at best – some had put in the hard yards, whilst others (notably the younger bucks) had done almost none, or indeed none at all.

The first task was to get everyone to the start line for a 6:30am departure. This was managed with the help of our dedicated support team. Once final punctures had been repaired, seats readjusted and everyone had been to the loo (nerves, I think), we were off. The first few miles, which I believe wound through South London, although it might as well have been the moon, were very slow indeed due to the volume of traffic.

However as we broke free into Surrey the pace quickened and we started to find our rhythm. The novice cyclists in our ranks began to grow in confidence and all was going well until one of the Wheelers went for a gap that wasn’t there, wheels collided and the mother of all pile-ups ensued. The Wheeler in question was thankfully only moderately damaged but unfortunately the two pro cyclists who, whilst trying to avoid the carnage, crashed into each other before ending up in a hedge of nettles, can only be described as a twisted mass of man and (very expensive) machine. The profanities they used to voice their displeasure are simply unrepeatable…..and highly improbable too.

After this little contretemps, things calmed again and we pedalled on to mile 22 before stopping for bacon rolls. There then followed a long climb up to Turner’s Hill where we all regrouped once more before enjoying a lovely ride through West Susseex to the base of the infamous Ditchling Beacon. A further pause here to take on Jelly Babies and Peanut M&Ms and then, as one, we attacked the monster. Not all were completely successful in their ascent but once at the top the sun broke through the clouds and we were rewarded with the most beautiful views across the Sussex downs and out to sea.

From the top of Ditchling it is down hill all the way in to Brighton. Apart from losing one team member who was following the wrong Headmaster, we all crossed the line together at 1:30pm to rapturous applause from the assembled throng.

Sadly, our second support unit had underestimated the volume of traffic heading into Brighton and so our lunch didn’t arrive until 3:30pm. Nonetheless, we entertained ourselves with tales of our adventures and what we had witnessed on the ride. I think the two chaps who had borrowed Boris Bikes for the day deserve a special mention, as does the man on a 1970s Raleigh Chopper.

It really was a great day out and my thanks to all those who took part – not just the Wheelers, but the support teams and everyone who has donated to our JustGiving Page.