Back in the swing…. 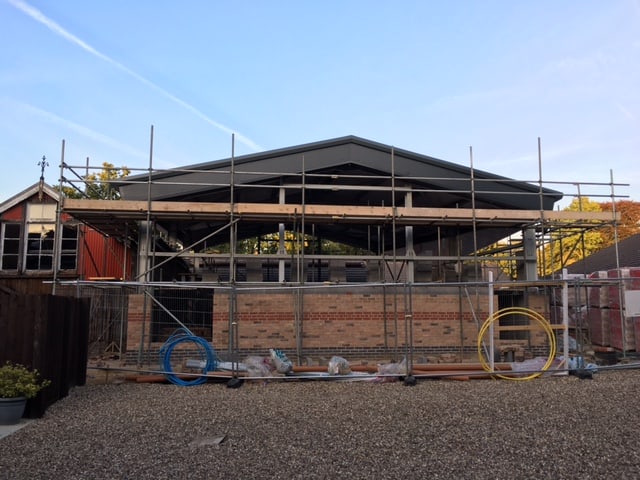 Apologies for the late arrival of the first HM’s ‘blog of the new academic year. It has been an extraordinarily busy start to the term. Only the arrival of the Exeat weekend has allowed me to stop and take stock of all that has happened over the last three weeks.

We started the year with 31 new boys (almost one third of the school) and I am delighted to report that they have all settled happily into life at Woodcote, as have the 6 new members of staff – 2 teachers, 2 matrons and the 2 gappers (who are both Woodcote Old Boys!)

The first weekend of term included a lecture on the Rugby World Cup (obviously) delivered by the wonderful Pyemont brothers. This was followed on the Saturday evening with a barbecue and camping in the Headmaster’s garden and on Sunday there was a T20 against three other Proprietorial schools and a trip to ‘Ride the Hill’ – big skateboards, steep hill…you get the idea.

Week two began with the annual Tatler bash at the Dorchester – a great write-up for us, once again, in the magazine and great champagne but sadly no prizes this year. I was hoping that we might win ‘Best Food’, especially as we have just started family service at lunch, but that looks as though it will have to wait until 2016.

We had our first matches of the football season, against Bishopsgate on the Wednesday and Hall Grove on the Saturday, with promising results. In between these fixtures, we took the boys to the Help for Heroes T20 at the Oval – we had great seats in the pavilion stand , enabling the boys to secure the autographs of some of the legends of cricket and also win a cookery course for two at Waitrose!

There was a Boarders’ outing – Paintballing – on the second Sunday of term; it is a brave member of staff who puts his hand up for that excursion – but a great, if slightly painful, time was had by all.

In the week leading up to the Exeat, there were further matches against Brockhurst (best egg sandwiches on the circuit) and I also went to an Oxford group conference at Caldicott on Thursday, where the hot topic of discussion was the current and impending changes in the laws of rugby at schoolboy level – more to follow on that in due course.

The Colts are currently away in Switzerland on a football tour to the Geneva English School – they return on Tuesday evening and we have further fixtures this week for all teams, both on Wednesday and Saturday. There is also the Captain Snow trophy – an annual Under 8s football tournament at Woodcote for several of the London pre-preps; it is always great fun. Our Harvest Festival service is on Saturday and the Boarders are out again on Sunday at Coral Reef.

In the midst of all this action, the new theatre is beginning to take shape – the foundations have been dug, the steel structure is up, the roof is on, and the bricks are now being laid. It is very much hoped that the external work will be finished by the Christmas holidays and the internal fitting can begin in January, with a completion date of early February. It will be sensational when complete! The proprietor an the Head of Music and Drama are already in discussion over the first production….