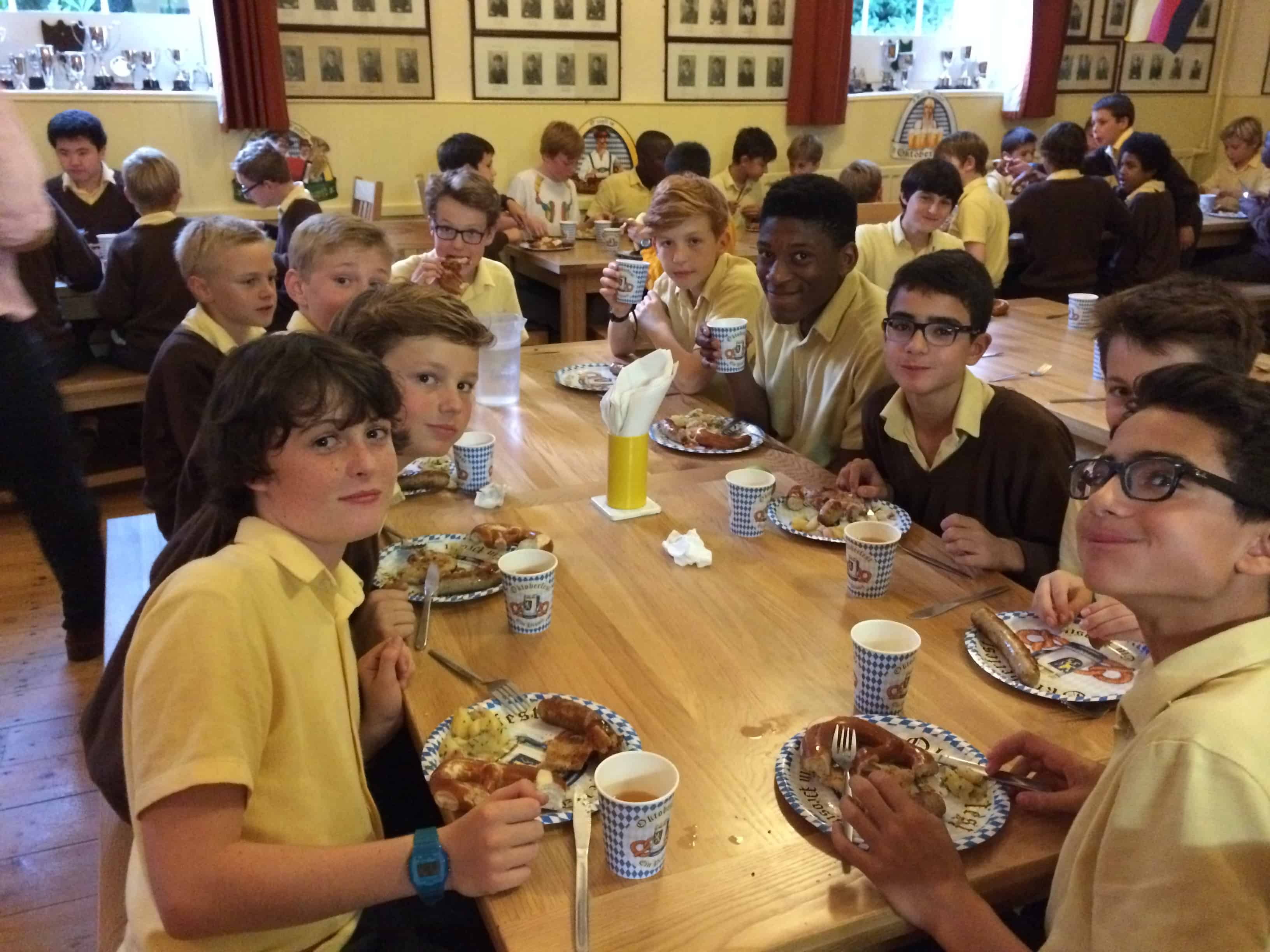 The last 2 weeks has been ridiculously busy, especially given that we had the integrated inspection by ISI. I am delighted that boarding faired so well, with plenty of positive observations being made, which will be borne out in the report in due course. There are areas to work on, but you would expect that and the feedback was extremely helpful and constructive.

To matters of the boys! They have, as ever, been exceptionally busy, with what appears to be wave after wave of activities. Since the last blog we have had not one, but two themed suppers/days. On 2nd October we had the Oktoberfest and despite not having any steins of lager flowing the boys enjoyed a supper of pretzels, bratwurst, sauerkraut and wienerschnitzel! The dining room was suitably dressed-up in all things Germanic, the only thing that was missing was some staff in lederhosen – next year perhaps!

The following week and with the inspectors fully ensconced at WHS, Mr. Nick’s Spanish Themed Day commenced. I won’t attempt to list all the food on offer that day, just look at the menu below! Needless to say it was extremely popular, especially breakfast, as they dunked Churros into hot chocolate – yum!

With the dining room decked out in Spanish flags and the boys wearing red and yellow clothing our Spanish boys were made to feel right at home. The boys from Spain are now an integral part of life at Woodcote, some might even go so far as to its culture too! It is an extremely positive relationship and one we are very proud to have here at WHS!

There have been some dormitory winners of the week, with the senior boys in Pelicans showing the way, followed by the youngest dormitory, Little Top following them. They devoured their popcorn or pot noodles, washed down with a mug or two of hot chocolate and a film!

The weekends have been full on with the start of this term’s Saturday evening form outings to bowling and Pizza Hut. First up it was the turn of the junior boarders, some of whom managed to score over 100 in the bowling which is a pretty good effort. By all accounts they won on the pizza stakes, by devouring huge quantities! The 4th form went the following week, but unable to get a table at PH (the place was rammed apparently), the next best option was to get a drive-through McDonalds and to eat it in the dining room on return to school. Needless to say there were no complaints!

There have been Sunday trips to Swinley Forest to go mountain biking on the various trails and paths that extend for miles and miles up there. There were a few aching limbs and sore behinds after the trip! Last week some of the more senior boarders went go-karting at Teamworks in Reading. They whizzed around the track to record the fastest times, with Ben Davies staking a claim to be the next Jenson Button!

And so to half term and a much needed rest for all concerned. The last 6 weeks seems to have flown by faster than ever, perhaps it is a sign of me getting older, or hopefully that boarding life at Woodcote is just incredibly hectic and action-packed at the moment. After half-term we have sixteen day boys coming to experience boarding, mostly for the first time. So there is not too much respite! Let’s make sure that they are welcomed into the boarding community in a very positive way.