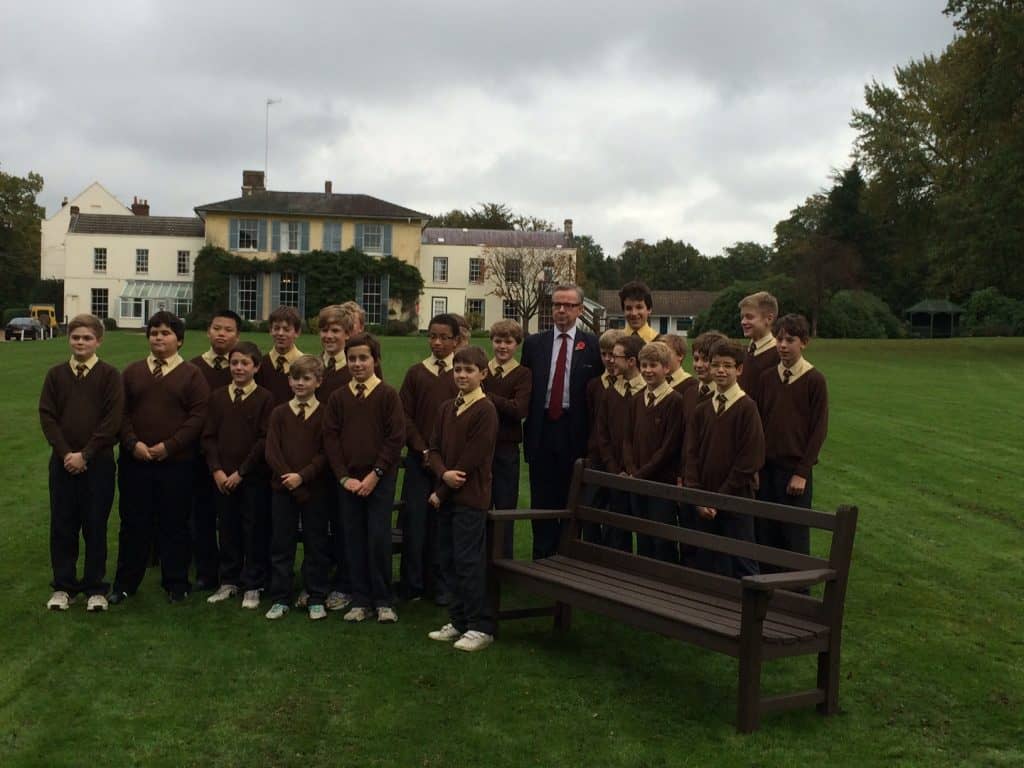 So the first half ended in style – The House Cross Country, always an eagerly anticipated event , took place, with the spoils this year going to the Blues, followed by the Greens (?!) and then the Reds, with the Browns bringing up the rear.

On the Thursday before half term, I was invited to lunch with the Headmaster of King’s Canterbury, Peter Roberts, who had previously been at Bradfield. It was my first visit to Canterbury and I was hugely impressed not only by the city, but also by the school. It is not one that we have sent boys to for quite some time, but it is now firmly on the radar.

On Friday we had the Half term concert with a very diverse range of performances, including some exquisite piano playing and an excellent recitation of A Subaltern’s Love Song from the scholars. Once again there was the opportunity for all musicians to play, either individually or collectively, regardless of how long they have been learning. Performance is such an important skill and I was immensely proud of all the boys who took part.

Since our return from Half term, the 6th form and Shell have been to Wales for their Geography Field Trip – this freed up a few beds to allow some of the younger boys to trial boarding for up to 3 nights – it was a big success and greatly enjoyed by all. My thanks to the matrons for all their help with the ‘new bugs’.

On Thursday night we had our Halloween Supper – tremendous fun and the dining room looked amazing. You will have to look at the Boarders’ Blog for a full report!

On Friday, Michael Gove came to plant a tree that Mr.Holman had given to the school to celebrate the Golden Jubilee. The Queen’s tree, as it is known, is just outside the 1st XI boundary down by Cricket Lodge. The older boys were given the opportunity to question the Secretary of State for Education on his plans for the new GCSEs – for which they will be guinea pigs in 2017! I think they were as impressed with Mr. Gove as I was (see previous post).

This weekend was an Open weekend. We had a full chapel, twenty five or so parents to lunch and then some excellent and hard-fought house football matches in the afternoon. The Browns won the senior event whilst the Blues hammered the Reds in the final of the Junior competition.

STOP PRESS: Best news of all though was that we managed a 100% record of success with our candidates for Wellington this year. We have found it increasingly difficult to send the right boys to pre-test there over the last couple of years and so I am absolutely delighted that all three boys won places at the school for 2015. They should be very proud of themselves.

Much is happening this week. Perhaps most importantly I am off to London on Tuesday for a private wine-tasting. I’m afraid the merchant that used to supply our Woodcote House Red and White wines is no longer in business, so I have asked an old friend to set up a tasting in order that we might find a new supplier for our school wines.

The things I do for the good of this school! I’ll let you know how I get on….